Due to popular demand...and because it is just a swell as thing to experience..

The Flying Trapeze Rig will be running sessions both Saturday and Sunday. If you missed out at the last gathering then this is your chance to have that life time experience on a flying trapeze. step up and take the challenge..while it's on offer!!

Sam Aldham began his life in circus at a young age, his father was a world famous human cannonball but was one day shot to far from the cannon into the ocean which led Sam to pursue a career in circus in hope to find his father who was never found. He started this journey in 2004 working at Club Med resorts as a flying trapeze performer and instructor. After travelling through resorts in Asia and France as a flyer and catcher he returned to Melbourne where he joined Flying Trapeze Australia. He performed and taught in festivals including Summer Fun Festival in Melbourne, Tasmanian Circus Festival, Adelaide Fringe Festival and Moomba Festival Melbourne. He also travelled to Abu Dhabi for a month-long summer festival.

Sam attended the National Institute of Circus Arts from 2009 to 2011, training in corde lisse (vertical rope), comedy acrobatics and hoop diving. In 2011 he formed Three High Acrobatics with his acrobatic partners Chris Carlos and Taka Seki. Their first full-length show premiered in the Melbourne Fringe Festival. After winning the 2012 Gasworks Circus Showdown competition with their production Knock Off, Three High Acrobatics toured to festivals throughout Australia, and created another award-winning show Cirque du Bloke. He then joined Circus Oz in 2014 and has toured around Australia and the world in various shows. With over 15 years experience as a circus performer and trainer, and with a background in theatre, Sam hopes to continue his career in the circus industry performing, teaching and creating.

Jack Peterson has trained in circus across Australia and the US as a flying trapeze artist. He has taught trapeze internationally for 10 years and has owned his own rigs since 2010. Great with kids, he's also worked in summer camp programs in the US for 9 years where he honed an encouraging and supportive style of teaching.

Josie Wardrope A cheerful and vivacious performer, Josie's spark for physicality led her to NICA where she specialised in Swinging Trapeze and Handstands and graduated with a Bachelor of Circus Arts in 2012. She has been performing and teaching throughout Australia and beyond ever since. Josie loves heights, outdoor adventures and kitchen dance parties. She is quick to grin, crafty with (and on) her hands and is convinced that upside down time gives an excellent perspective on life! 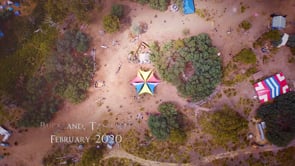